Dr. Peter Onauphoo Siyao has set a record to be the first PhD graduate at the Department of Information and Records Studies (DIRS) after his successful PhD public defence on 15 April 2021. Dr. Siyao (BA Hons, MA- LIS UDSM & PhD SUA) is an Academic Librarian at Mzumbe University since 2006. He registered for PhD programme at the Sokoine University of Agriculture in the Department of Information and Records Studies of Sokoine National Agricultural Library in December 2015.

Thesis Title: Role of newspapers in the dissemination of climate change information in Tanzania 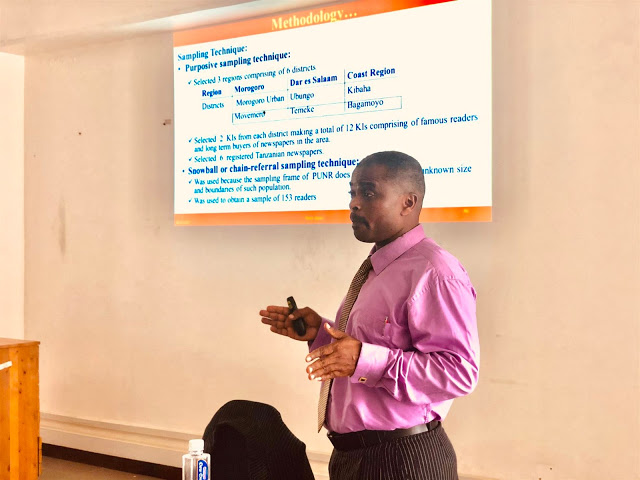 Dr. Siyao successfully defended his PhD thesis in the viva voce held on 15 April 2021 after A panel of five scholars was satisfied with his work. Dr. Siyao was supervised by Prof. Alfred Sife who is currently a Vice-Chancellor at Moshi Cooperative University (MoCU) and assisted by  Dr. Wulstan Mtega.